Is it the kind of operation you’d choose to deal with?

You’ve heard it all before, we know; but the truth is that when you do business with RBC, ‘what you see is what you get’.

That’s why were going to publish a series of personal posts, by our CEO Derek Edwards, that all come under the title of ‘Do You Know Who You’re Dealing With?’.

These posts are designed to provide you with an accurate overview of our company, our people and our ethos.

For the first instalment, we recount the true story of what we did when a trusted, long-term supplier hit the rocks. It could have been fatal, but we stepped in to administer first-aid; we put the ailing entity through surgery; we oversaw its convalescence and we watched over it on the road to recovery.

And no, we’re not trying to kid you that we’re altruistic do-gooders: like you, we’re in business to make money. We just want to demonstrate that, if you have a problem of any kind that might impact upon our business relationship, then talk to us. You never know: we may be able to help…

THE LONG ROAD TO RECOVERY

The thoughts of Derek Edwards

It was Colin Lowe (a fellow RBC Group director) who alerted me. The guy in question ran a transport operation and Colin had known him for ten years or so.

Because my background is in transport, I recognised that his business was what I’d call a typical ‘same day’ operation.

In common with many firms in that ultra-competitive market, he’d been bouncing along the bottom. He’d experienced success and failure but, to be honest, more failure than success…

Then, in 2017 he really hit the wall. It got to the point where he was on the last throw of the dice, if you like: where it was all or nothing.

Without getting too graphic in terms of personal details, he’d dug himself into the kind of a hole that just gets deeper and deeper, despite your best efforts to climb out.

The bottom line was that he had a massive cash flow problem and desperate as he was to trade his way out of it, his business was sinking.

Colin told me, ‘look Derek, we need to get involved. There are a lot of good people in the business, not least a lot of excellent drivers.’ Now, I promise you, good drivers don’t grow on trees.

Our own transport people knew them well, because they had been doing sub-contract work for us.

I won’t bore you with the details, but the bottom line is that we stepped in and funded the business over a three to four week period, to the tune of around £8k a week.

DO YOU KNOW WHO YOU’RE DEALING WITH?

At the end of that period, the guy still didn’t think he was going to get out of it; but during that short period of time, we’d discovered that the problem was as much about poor admin than anything else.

It seemed to me that, with our expertise, we could not only save the business and the jobs that went with it, but also turn it round and start to grow it.

So, we took on the job of invoicing the customers and charged a rate that was much more economical than using a factoring company to collect money. Really, to begin with there was no money in it for us.

Having stabilised the patient, (to keep up the medical analogy), we went through a period where we gave him room to recover and then to grow. Basically, we did this by taking on the losses.

This was in autumn 2017. We had regular meetings in the pub – most of our meetings are in the pub! – and tried to make him see that the losses were not the end of the world; that losses were just a part of growing the business.

Our underlying strategy was to make sure that the company had drivers and vehicles before the work came in. The alternative was to let people go and then scramble around for new people when a contract landed.

That’s really a last resort: you have to take pot luck in terms of the quality of your recruits and even the best newbies have to be trained before you let them loose…

The tide began to turn with the award of a good contract from Royal Mail. Finally, we no longer had to take a financial hit to keep the patient alive; at last, we began to make a profit.

On the face of it, RBC now owns the company, having taken on the risk. But the guy is still at the helm.

We are, all of us, capable of playing fast and loose with rules and regulations when a business is failing.

When the situation gets so black and white that it boils down to, ‘do I keep a roof over my family’s head and food on the table, or don’t I?’ When that happens, it can be tempting to try to ‘get away’ with a few things…

The guy was in that place and everyday brought with it the kind of stress that takes over your mind and makes rational thought difficult.

Now, he has none of the stresses and last year he earned more from the business than he ever did. And RBC? We’ve strengthened our team and our customer offer. Everybody wins.

The moral of the story? Defence is sometimes the best form of attack. The old adage is true: you can’t get blood out of a stone.

For instance, there’s no point in dragging people through the courts when they don’t have the means to settle a debt.

We try to look at any given situation without blinkers, without hard a fast rules that dictate our course of action.

If the story we just shared with you had not had a happy ending, the losses wouldn’t have killed us.

This time, we were successful, next time, we may not be. But we will always stay true to our selves, win or lose. 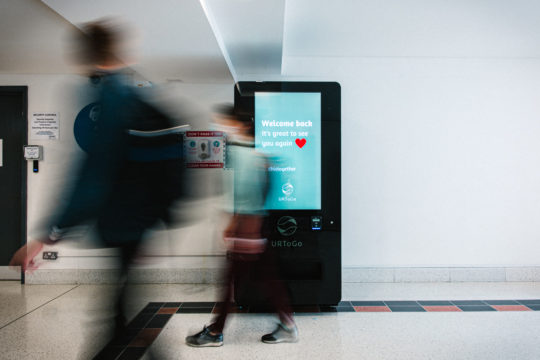 Service station customers can now enjoy Mr Lee’s products, all at the tap of a screen. 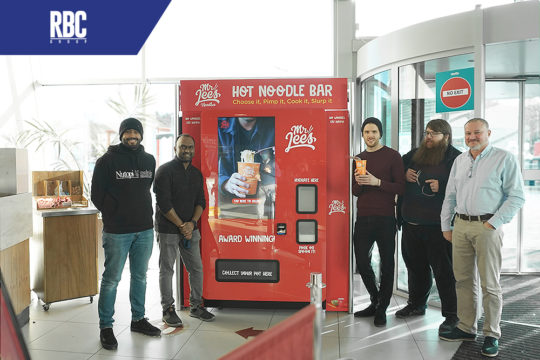 We’re thrilled to announce that this year we’ve been shortlisted for not one, but two Vendies awards! 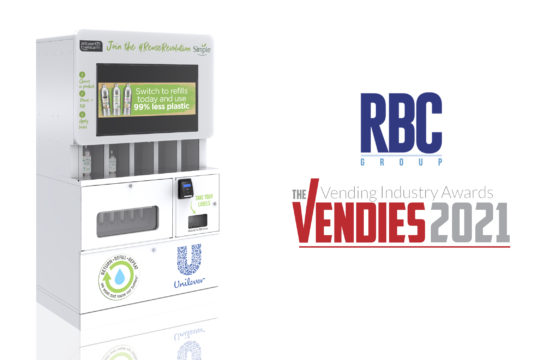