It makes no difference whether you’re running a warehouse or a football team: one of the secrets of success is spotting talent and providing the opportunity for that talent to develop.

They say ‘if you’re good enough, you’re old enough’ and that sums up Tyler Smith’s career to date. Our 23 year-old Production Manager has already notched up six years of service, starting at the bottom.

‘I arrived here as a 17-year old, as an Apprentice in Manufacturing’, he said. ‘I wanted to turn it into a full-time job so I was delighted to be offered the position of Re-manufacturing Operative when my apprentice year was up. Within my first twelve months as a full time employee, I got my first promotion and I haven’t looked back.’

It’d be repetitive to list the various rungs Tyler Smith has climbed to reach the heights of his present position. Suffice it to say, it’s been promotion after promotion. Now, with 18 months as Production Manager behind him, he is responsible for a team of 25 people who, between them, strip and clean the incoming machines, mask them ready for re-painting before completing the job and sending the machines back into the field as good as new.

The volume of kit that Tyler’s team handles is staggering. Upwards of 10,000 machines get the re-manufacturing treatment in any given year. Ranging from coffee vending machines to coolers and freezers, via an array of vendors that sell hot beverages, cold beverages in cans or bottles; snacks and fresh food.

‘IF YOU DON’T PUT THEM IN, YOU CAN’T KNOW WHAT YOU’VE GOT…’ MATT BUSBY, FOOTBALL MANAGER

Keeping track of the machines as they go through the process that is simplified by bespoke technology. The most visible hint of the brains that power the operation is an array of TV monitors strategically placed throughout the facility. Tyler and his colleagues can see at a glance where any particular machine is. What’s more, a traffic light system highlights each machine in green, amber or red, depending on where it sits against its schedule. ‘The speed that a machine goes through the process depends on the service level agreement we have with the customer that owns the machine’, Tyler explains.

But there’s more to the control system than meets the eye. Each of the 25 people on the floor is equipped with a tablet. ‘The tablets are more interactive as opposed to the screens, which are really just visual aids’, Tyler says. ‘The tablets display a worksheet, which each technician follows step by step to perform a re-manufacturing operation. They also tell anyone who uses it where the next machine is, what category of work it requires and what model it is. We can also bring up machine details by way of machine enquiry using the tablets. The tablets, quite literally, keep us one step ahead and the software is unique to RBC because it was created by our in-house IT team.’

TYLER SMITH: ‘I FEEL AS THOUGH I’M DOING OK.’

Just as a young football player often feels the pressure from more established professionals that think they should have been handed the shirt, Tyler’s appointment put him in the spotlight and raised a few eyebrows. ‘It took a long time for me to earn the respect of everybody in the team’, he admits. ‘There I was, the new kid; a young lad who found himself over people who had been here for a long time.

I tried to deal with that by keeping my head down, working hard and showing everybody that I had the drive and determination to make the best of myself. I’ll always be grateful to Bruce, Luke and Kul for their help and advice. Thanks to them, I’ve never felt isolated.’

As he rises higher in the organisation, so the opportunities for personal advancement are fewer and further between – but Tyler Smith isn’t worried about that.

‘I’m still young’, he says, ‘and at my age, to have 6 years behind me at one company, with a few promotions on my CV, I feel as though I’m doing OK.

But that doesn’t mean I don’t have ambition. I want to go as far as I can. I’ll just do what I’ve always done: keep my head down, work hard – and see where that takes me.’

Did you see that Tyler Smith made it into Planet Vending & OCS? Click HERE
Want to find out more about RBC Group? Click HERE 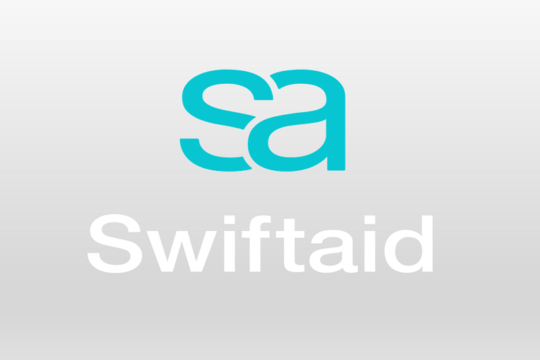 Two years of achievement – we have only just begun…

It’s two years since RBC Logistics, as we were known back then, acquired the goodwill … 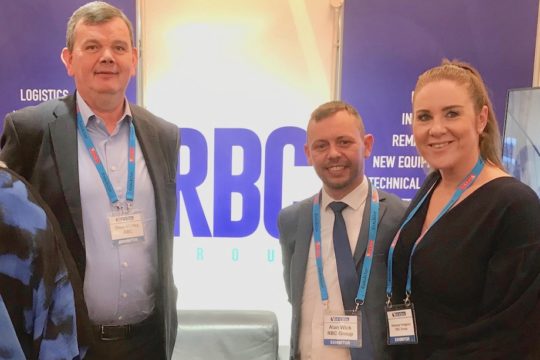 We are delighted to announce a new strategic partnership with Payter.